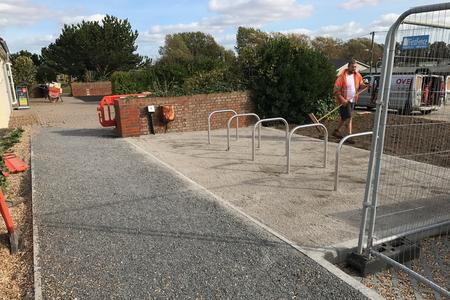 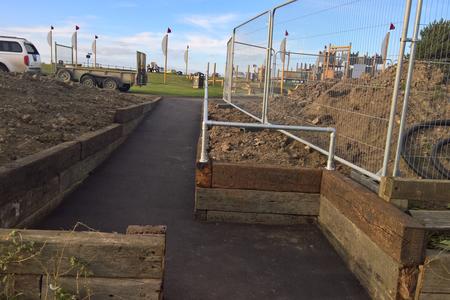 Ovenden Allworks have completed works on the permeable overflow car park at Reculver.

The project consisted of enabling works including a cut and fill earthworks, with the excess material being used to form a landscaped bund around the new car park's perimeter.

After 700m of kerbs had been laid, the 3000m2 of Truckcell Porous Paving, filled with angular aggregate was installed. This was laid on an open graded granular sub base to allow the surface water to freely drain.

Access to the car park was improved by the addition of a concrete footpath, plus the modification of the pedestrian route allowing for disabled access by constructing a new tarmac ramp surrounded by reclaimed sleepers.