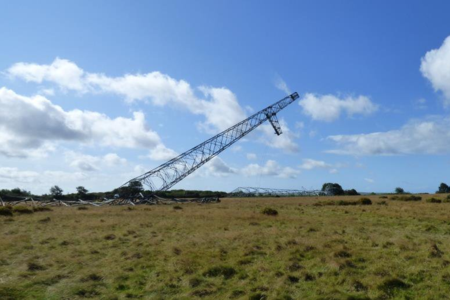 These works included the demolition and removal from site of seven towers ranging from 65m - 94m in height.

The methodology focused on the safety of the operatives involved by ensuring the area was clear before pulling the towers down with machinery for dismantling once safely on the ground.​

The works took place on a site of Special Scientific Interest (SSSI) certain procedures were used to cause as little impact to the area as practicably possible. Specialist plant was used along pre-agreed haul routes to lessen the impact on the protected acid grassland and lowland heath habitats.

The felling of the towers was also undertaken in a manner to minimise the damage to the various wildlife on site.

The works were featured on BBC Spotlight, a regional TV news programme for the South West of England. You can view the feature above. 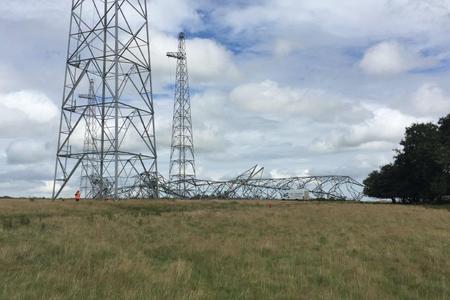