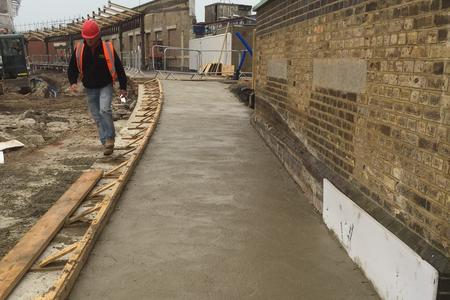 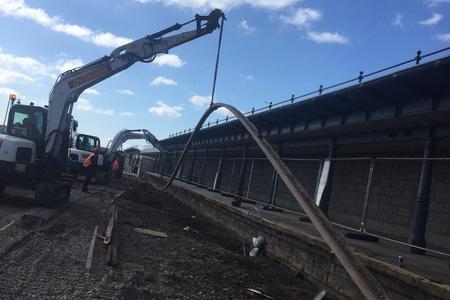 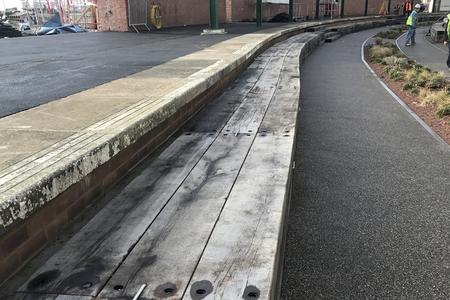 Acting as sub-contractor to Graham Construction we undertook these various works on the Folkestone Harbour Arm. The aim of the project was to transform the existing disused train station into an accessible area for the public.

The demolition works consisted of the removal of the existing track and rails along with the platform concrete edging units. Along with the reinforced concrete and timber train stations walls. Various existing features and railway artefacts also required careful removal to the clients store for later refurbishment.

As part of the transformation from functioning railway station to new public promenade a new surface water and foul drainage system was required running the length of the site with the connections to the existing sewers. Including a foul pumping station.

The track bed became a public walkway, we relayed the original rails which were made a feature within the new permeable surfacing and finished off with landscaped areas. This included the works on the viaduct area beyond the swing bridge. This area had no access from either side, therefore all plant and materials had to be craned into position.

The platforms required rebuilding with mass concrete to the new steps and seats joining the platforms and track bed along the entire station, which were then faced with brickwork, following the installation of new canopy bases. This was finished by re-laying previously removed and reconditioned platform edgings. Four new ramps were constructed for public access.

Finally the oak timber benches and steps were installed to complete the works.