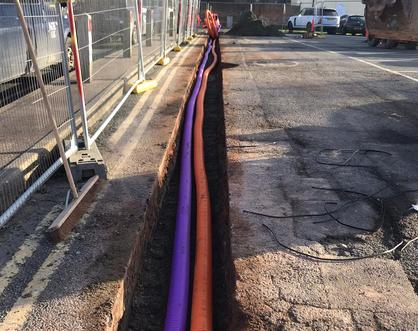 Ovenden Allworks were selected by competitive tender to undertake the civil engineering works for the largest installation of Automatic Number Plate Recognition (ANPR) car parks in the UK. The works took place on 16 car parks across the district, in Canterbury, Whitstable and Herne Bay.

To minimise disruption to the residents of Canterbury the car parks had to be converted consecutively and remain open during the majority of the project, traffic management was implemented to allow the car parks to remain functional throughout the works. Plus special consideration was required to segregate the public from the works.

The works included the new traffic islands constructed at the entry and exit points of the car parks designed to control traffic allowing the ANPR cameras to detect the vehicle registration plates.

The ducting routes for the power and communication services across the car parks across the live car parks, some of which required particular attention as the car parks were inside the Canterbury Ancient Scheduled Monument area and therefore required an archaeological watching brief over the works.

The removal of the obsolete pay machines and construction of foundations and installation of the updated pay stations.

Plus an array of new street furniture, including bollards, pedestrian guard rails and knee high fencing.

We also undertook repairs to the tarmac surfacing of the car parks with our in-house surfacing department and install new road markings.

Close coordination between Ovenden Allworks and Canterbury City Council was required to sequence the works around events in the district, install advance warning signage to the affected car parks. Site manager Sam Milburn said the works were demanding due to the critical programme.

The conversion to ANPR car parks provides a new ticketless way to park, no more ‘pay and display’. With users only paying for what they use with the flexibility to stay for as long as they require.​ 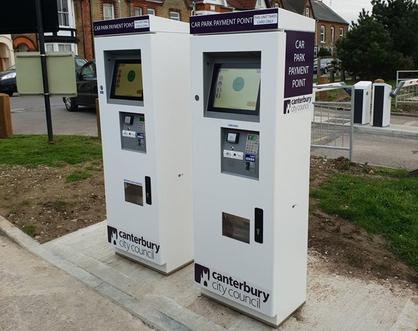 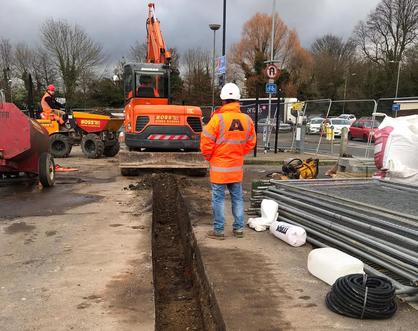